The division has selected Metz Middle School Principal Dave Rupert as the Principal of the Year. Mr. Rupert has demonstrated outstanding leadership and greatly contributed to the improvement of education in his first year as principal at Metz.  He joined the Metz family after serving five years as principal at Weems Elementary.  He began his career at MCPS in 2003 and has served as a teacher at the elementary and intermediate levels and also as an assistant principal. During his tenure at Weems, the school was selected as one of the top 24 schools in the nation by the National Center for Urban Schools Transformation in 2015 and also received the Governor's Award for Excellence and Achievement in Education in 2017. He continues his tradition of achievement as he works to create a culture of excellence at Metz. 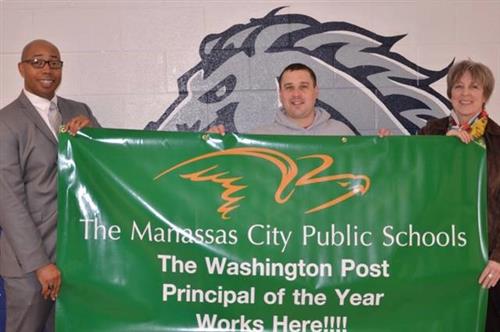 The division winner for Teacher of the Year also hails from Metz Middle School. Randolph Scipio is an eighth grade Math and Geometry teacher, who is described by his nominators as an exceptional educator. He spent 11 years teaching in New York prior to joining the MCPS family in 2012. Mr. Scipio believes that all students can aspire for and achieve excellence - despite their challenges.  He also believes the stigma of failure can be removed by providing supportive role models, a culture of trust, and high expectations. Additionally, Mr. Scipio contributes to school and student success through curriculum writing and collaboration with the administration to implement the best practices framework at Metz.  As department chair, he also strives to ensure all teachers embrace the growth mindset, just as he does with his students.

The Washington Post Teacher of the Year Award recognizes pre-K through 12th-grade teachers who contribute in substantive ways to the improvement of education in the greater Washington D.C. area and recognizes those educators who seek to ensure students receive a high-quality education through creative instruction.

Mr. Rupert and Mr. Scipio will be recognized at the Night of Excellence/Evening with the Stars on May 21, 2019. Congratulations! 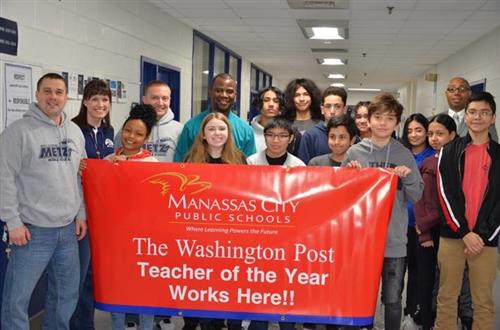