May 18, 2020 -- The Washington Post has announced the 2020 Manassas City Public Schools Principal and Teacher of the Year Winners. Christopher Short, a music instructor at Baldwin Intermediate School, has been named the division’s Teacher of the Year, while Kara Grasser, of Jennie Dean Elementary School, has been deemed the Principal of the Year. Superintendent Dr. Kevin Newman and MCPS Human Resources Executive Director Billie Kay Wingfield notified both educators of the honor during a surprise visit to their homes. Along with this recognition, Short and Grasser received a trophy, yard sign and lunch for their families.

Grasser began her teaching career as a second through fourth grade teacher in Orlando, Florida. She holds a master’s degree in Leadership from the University of Central Florida and has completed the classwork portion of her doctorate at George Washington University. Before her career in education, Grasser worked for an Orlando TV news affiliate.

“His skills, ability, knowledge, and professionalism make him an excellent educator,” said Baldwin Intermediate Principal Dr. Amanda Wagner. “However, it is his passion and dedication that make him exemplary.”

Short earned his bachelor’s degree in music education from Penn State University and his master’s in music performance from Michigan State University. When he is not teaching, Short serves in the District of Columbia Army National Guard in the 257th Army Band. His position as horn player in the band recently took him to Africa as an ambassador of music. He is also the principal horn of the Manassas Symphony Orchestra. 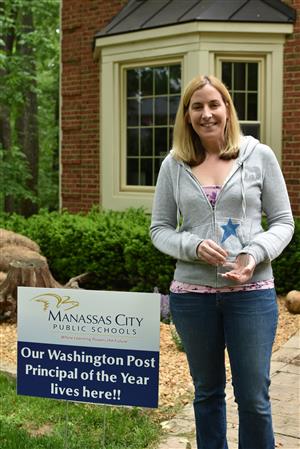 Kara Grasser, of Jennie Dean Elementary School, has been deemed the Principal of the Year. 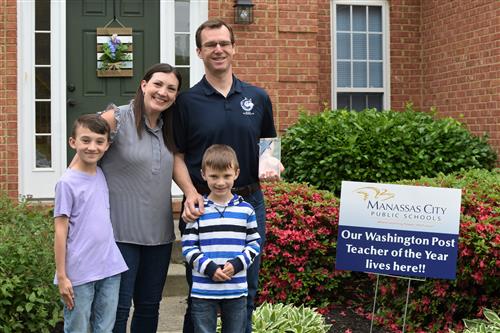 Christopher Short, a music instructor at Baldwin Intermediate School, has been named the division’s Teacher of the Year.