September 7, 2016...Manassas City Public Schools (MCPS) and the Manassas City Police Department (MCPD) are partnering together with BusPatrol, Inc. to address the growing problem of illegal and unsafe passing of school buses. All MCPS school buses have been outfitted with a stop-arm camera system as of the start of the 2016-2017 school year 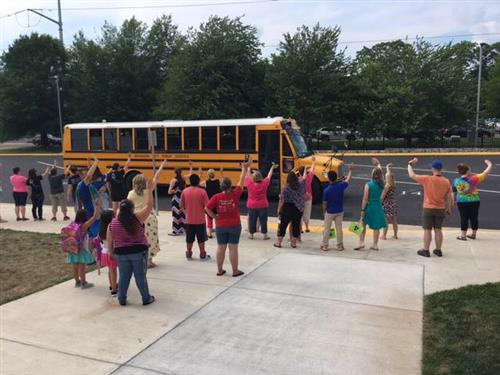 BusPatrol mounts cameras and sensors on the side of the school bus. When the stop arm is deployed, the sensors automatically detect a vehicle illegally passing the stop-arm in both directions and captures video of the violation including the vehicle’s license plate. The video and corresponding images will then be reviewed by the MCPD for approval prior to a citation being issued. In Virginia, the penalty for a stop-arm camera violation will warrant the vehicle’s owner a civil penalty fine of $250.00. No points will be added to the violator’s license.

BusPatrol is a national leader in school bus safety programs and was approved by the School Board after extensive review and comparison to other vendors in the field. The system provides GPS capabilities, six cameras on the inside of the bus, two camera boxes on the outside of the bus, panic button for emergency use, and real time video and voice communication.  The camera systems are designed to increase the safety of all students while entering/exiting the bus as well as while they are on the bus.

All MCPS buses are fully equipped with the BusPatrol equipment at no cost to the school division.  The program is fully funded by the stop-arm citation payments.

As of the 2017-18 school year, MCPS school buses transport approximately 7,500 students on 60 buses to and from school each day. The installation of this program is a very important additional component in the school division's quest to ensure the health and safety of all students. The School Board of the City of Manassas, in cooperation with local government partners, has approved this safety plan to encourage members of the community to abide by state law by stoppingwhen a school bus is loading/unloading students.