Winners of "If I were Mayor" Contest Announced

November 16, 2021 - In partnership with the City of Manassas, some fifth graders were presented the writing prompt, “If I were Mayor.” Participating students were tasked to think big as they prepared their essays for the contest. Students not only stepped up to the challenge, but far exceeded expectations with their essays which highlighted their favorite things about living in the 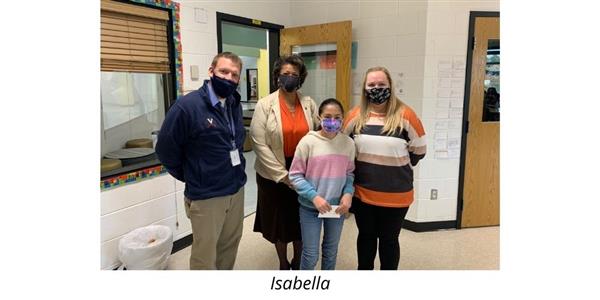 city while also visualizing how they would improve the community.

The top three winners, all Mayfield Intermediate students, were surprised with the news in class by City of Manassas Mayor Michelle Davis-Younger and Superintendent Dr. Kevin Newman.

Davis-Younger said the students’ essays “were absolutely heartwarming and real,” and were a testament to how well-informed they are.

Each of the winners noted their love for their city. The first-place winner, Isabella, wrote about the diversity of Manassas.

“I love that a lot of people from a lot of countries come here to Manassas. I really love how they share their culture,” she said.

The second place winner was Paola and third place went to Giselle.

“I think she would be an excellent Mayor!” Davis-Younger said.

Each of the three winners was presented a gift card and Isabella won an opportunity to shadow Mayor Davis-Younger at an event of her choice. 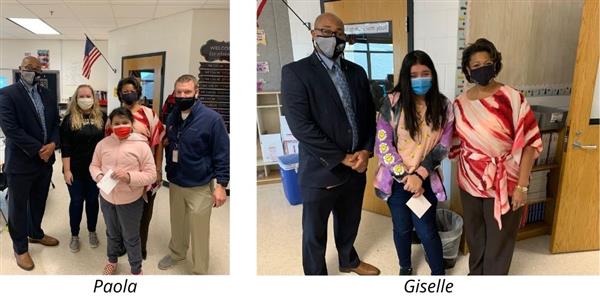